Raheem Sterling grew up in the shadow of Wembley Stadium as it was being rebuilt, even getting a tattoo of its famous arch on his left forearm.

Now playing for his country at the iconic venue, he used his right foot to give England the start it had been longing for at the European Championship.

The winger’s goal — his first in a tournament in his 13th match through four competitions — gave England a 1-0 win over Croatia on Sunday in its opening Euro 2020 game. 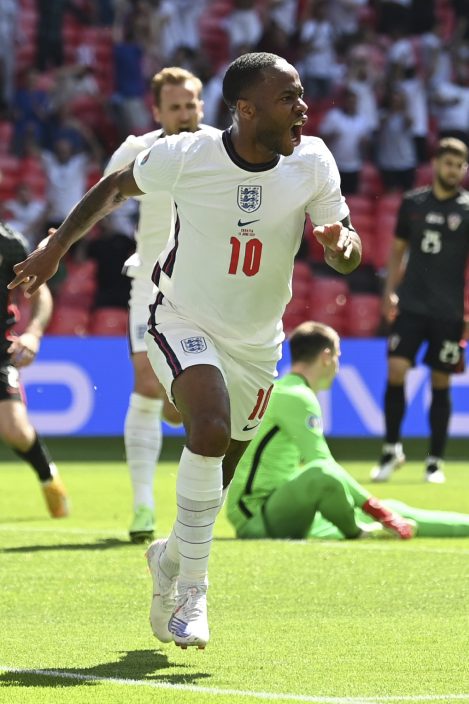 “I always said to myself ... growing up two minutes down the road, I’ve got to score,” Sterling said. “It’s a great feeling doing it.”

Never before had England made a winning start to the continental tournament in nine previous tries.

Far more comfortable than in the loss to Croatia in the 2018 World Cup semifinals, this was an England side packed with youthful debutants and with Sterling, still only 26, the team’s most experienced tournament player. 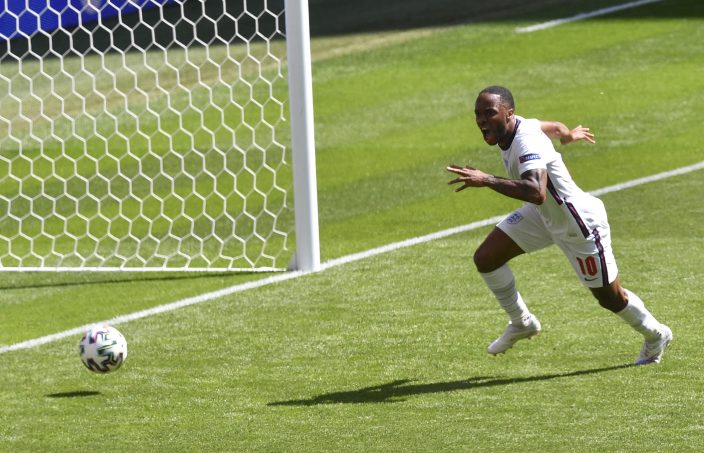 Sterling, who has struggled for game time at Manchester City in recent months, found the breakthrough for England in the 57th minute. It was the vision of Kalvin Phillips, one of five England starters making their tournament debut, that created the opening. The Leeds midfielder shook of challenges before releasing Sterling, who slipped a shot into the net via a touch off Croatia goalkeeper Dominik Livaković.

The sparkling moment for Sterling came two days after he was named in the queen’s birthday honors list for his campaigning against racial injustice.

But at the first England game at Wembley with fans since 2019, there was a sour start when players taking a knee were jeered by their own fans. That was despite pleas from the England team to respect the anti-racism gesture. 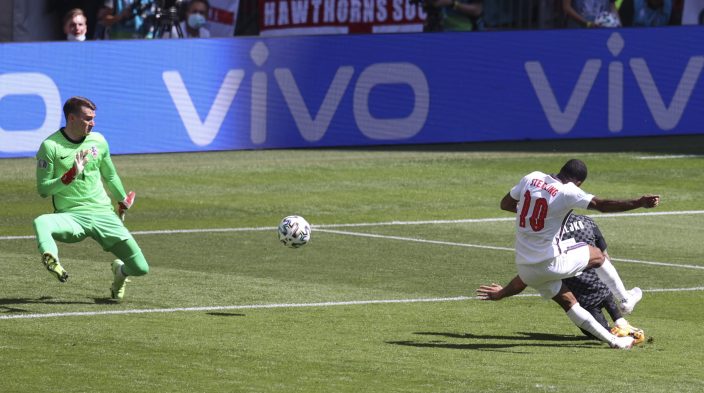 There was a more unified atmosphere among the crowd of about 20,000 at the end as fans sang the team's “Three Lions” anthem while the players applauded them.

England’s next game in Group D is against Scotland on Friday at Wembley. Croatia will play the Czech Republic in Glasgow.